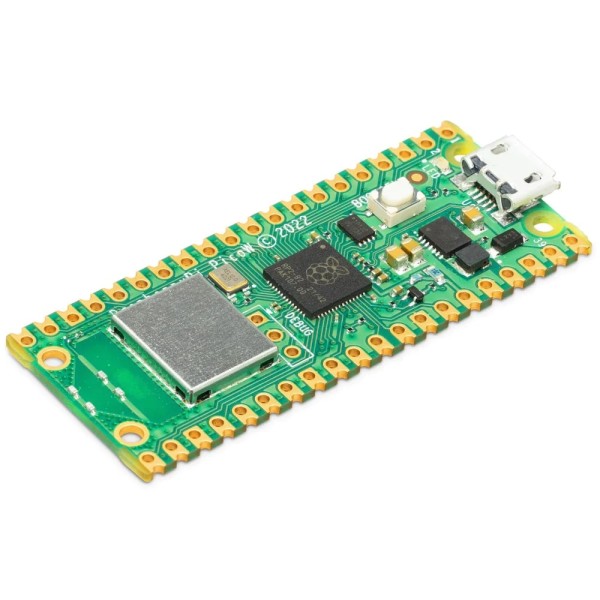 At the heart of the Pico W is the RP2040 – the same chip used in the original Raspberry Pi Pico, featuring two ARM Cortex-M0+ cores clocked at 133MHz; 256KB RAM; 30 GPIO pins; and a broad range of interfacing options. This is paired with 2MB of onboard QSPI Flash memory for code and data storage.

WiFi is enabled via the use of an Infineon CYW43439 wireless chip. The CYW43439 supports IEEE 802.11 b/g/n wireless LAN, and Bluetooth 5.2; however only wireless LAN is software-supported at launch.

With the same footprint and same RP2040 chip, this WiFi Pico can be used as a drop-in replacement for your existing Raspberry Pi Pico projects, upgrading them with WiFi.

The main chip on board is the RP2040 made by Raspberry Pi (their first in-house microcontroller chip!) and is a dual-core ARM Cortex M0+ processor, with a flexible clock running up to 133MHz. WiFi is enabled via the use of an Infineon CYW43439.