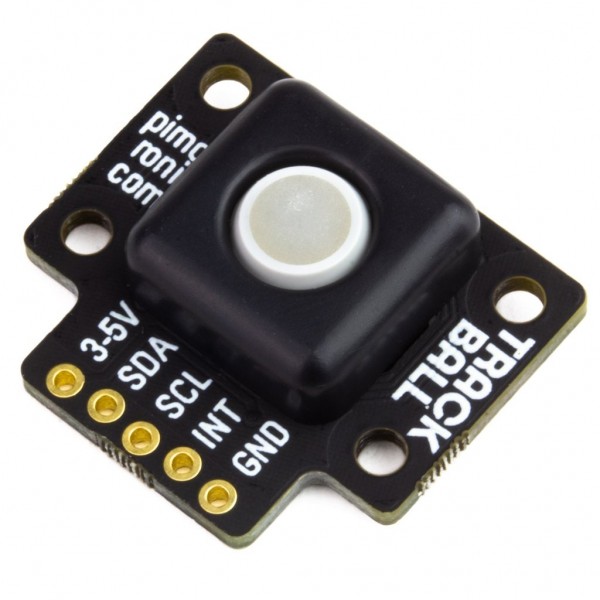 This product is currently not available.
Please check the news board.
Please inform me as soon as the product is available again.
€15.90 *

This product is currently not available.

We've taken a trackball module from everyone's favourite fruit-flavoured phone and added a bunch of clever engineering to let you build old-school interaction into your projects. As well as x/y directional tracking and click, we've added an RGBW (red/green/blue/white) LED right under the clear trackball to illuminate it and allow you to add visual feedback.
Use Trackball Breakout with an Arduino that supports USB HID to use it as a tiny mouse. Or why not use it as a colour/brightness control for an LED matrix breakout or a set of our Mote lights?
Because the trackball has a grippy rubber surface you can also use it with the trackball facing downwards and track it as it rolls on a surface, like a traditional roller ball mouse.
It's compatible with our fancy Breakout Garden HAT (and pHAT), where using breakouts is as easy just popping it into one of the six slots and starting to grow your project, create, and code.

We've designed this breakout board so that you can solder on the piece of right angle female header and pop it straight onto the bottom left 5 pins on your Raspberry Pi's GPIO header (pins 1, 3, 5, 7, 9).

We've put together a Python library for Trackball Breakout that makes it simple to read directional values, click events, and set the LED colour. Theres a handful of examples of how to read the direction and click, make the LEDs rainbow, and use it as a mouse in Raspbian.